How to Recover From a Lost Promotion: Use Our Presentation Skills Tips 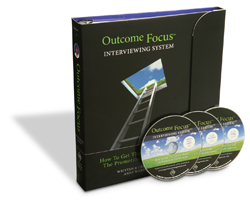 remember when my husband’s boss quit in the tax department and he was hoping they would promote him into that position.  He knew it was a stretch but was optimistic that he would be a strong candidate.  So when they passed him over for it, you can imagine his disappointment.

They told him they passed him over because they had plans for him and they didn’t feel that was it.  He came home confused because, really, as an accountant there was only one other decent position he could have in that company and the person in that job wasn’t going anywhere.

Six months later they promoted him into a new area where he worked on large lease deals and built a profitable and lucrative year in an area that combined sales and his accounting background.   He did that job for over 10 years. In that job he made more money then he ever would have as the head of the tax department.

I tell you that story because often life kicks you in the face and you wonder why.  Sometimes you are passed over for an opportunity because there is a bigger opportunity down the line and you need to trust that others will take care of you.  That is not always easy to do.  We have developed an Interviewing System to help you get the job you want and the promotion you deserve called

So when things don’t go your way use it as a learning time.  When my husband was passed over, he went back and asked them, using tips he learned from our Presentation Skills Seminars, what they saw in him that caused them to hesitate on the tax job and instead want to put him in something else.  Their answer was, “you have potential beyond tax due to your great nature of getting along with people.  We want to play with that more.”  Hearing those words, my husband decided to trust them and just wait.  One year later when he looked back he was so thankful he didn’t get the tax job as he knew he wouldn’t like it over time.

So look for the silver lining and learn from those around you.

TAKE ACTION: Get more tips and find out more about how to Manage Your Message at ImpressionManagement.com