What Can Be Blocking Your Team From Absorbing Your Feedback? 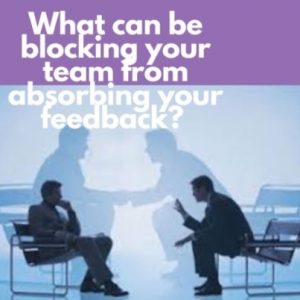 I had a leader (George) come to work with us on his “communication skills”. He believed he had a problem with three peers in the company. The CEO had been talking to him for six months regarding this problem and had even shared instances of when it had happened.

You can’t give feedback to people by pointing out behavior and expect them to change. Instead, you need to dig deeper and get to the root of the cause so they can change.

Want to know how to do it? Just check out our Giving & Receiving Feedback workshop to see just how to do it. (And no the “sandwich” feedback doesn’t work!)