How to make a tough decision more easily

How to make a tough decision more easily

As a leader you are constantly being asked to make tough decisions. The following are typical themes I hear when leaders are having to make a tough decision- “I am not sure how Mary will feel about it,” “Tom might take it the wrong way,” “Jim’s a great guy but I am not sure he can lead this group.”

As you notice, they all follow the emotional side of a decision and the impact the decision will have on the person or team. So how do you separate the two so you don’t make a decision based on just emotion?

1. Assume the opposite point of view on the emotional element. So “If Mary was fine with this what would I do and why?” “If Tom were to embrace this what decision would I make and why?”

This will tell you what your logical decision would be IF you didn’t have the emotional element in it.

2. Then look at the logic you would use to support that decision WITHOUT the emotional element in it.

That is now the reasoning you use to explain your decision.

So let’s say I have to hand a project off and I want to give it to Jane but I think Mary will feel that it should have gone to her. I also know that Mary has been struggling with some other things and I know she will feel she is not pulling her weight on the team. I know both mary and Jane could do the project. Now the emotional element starts to have too big of a weight and may cause me to make a poor decision or poorly talk about what decision I made and why. Mary has become the center, not the project.

If I pull Mary out of the equation by saying “If Mary were fine with this, what would I do and why” and my answer is “I would give the project to Jane because it ties more long term in to what her team is working on and she has the resources ready.”

That now becomes my decision and my reasoning I share with both Mary and Jane. It has no emotional element but does follow a strategic strategy going forward. 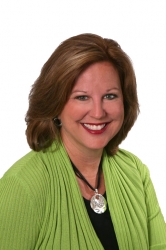 Anne is the CEO of Impression Management Professionals. As a certified speaking professional, Anne is one of the top 7% of all speakers nationwide. She has been featured in Business Week, Forbes Publication, and has appeared on ABC, NBC, CBS, the Discovery Channel and many more.