If You Can’t Do This, You Will Make The Problem Worse. 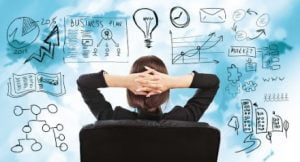 To be successful at problem-solving you must make sure you are solving the root of the problem not the symptom.

I see so many leaders jumping to solve a problem before they understand the problem. When that occurs suddenly new problems crop up.

For example, we had a leader add a new scoring system so people could track how they did each day. They did this as they had a disparity between the work productivity of union and non-union individuals. They wanted an “even slate” they all worked from. At the end of the day, each person was to have a certain number of points accumulated.

In the new system, you could deduct one point off your needed point total if you talked to a customer for 15 minutes or more. So let’s say you needed 40 points of productivity a day. For every 15 minutes you chatted with a customer, you would be able to deduct a point. So if you spent 2 hours on client calls and each was 15 minutes you could turn in only 32 points that day.

The problem that came from this? The really productive people were only averaging 5 minutes per client call which meant they got to deduct zero points even if they did end up doing several client calls per day.

So, the good people started actually dropping productivity as they now had to lengthen the client calls to make them count.

We helped them figure out the root of the problem and create a system that raised every person’s productivity rather than punish those that were working hard.

Solve the root of the problem or you will just create a new problem like the leaders above did.